for the best rates

Book direct for the best rates

When it comes to hotels, we’d like to think that Middletons is that little bit different. We’re located in the wonderful city of York and own 56 individual hotel rooms spread across six different buildings — Lady Anne House, Cromwell House, Chaplin House, Sir Joseph Terry Cottages, No.56 Skeldergate and our event space, The Organ Factory — all of them historic Grade II or Grade II* listed buildings. 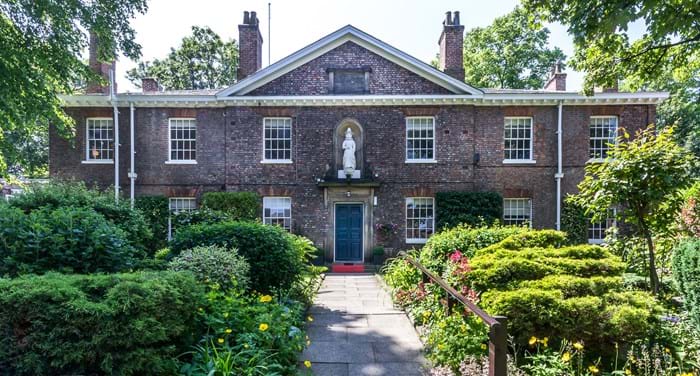 No.56 Skeldergate was built in the second half of the 18th century. The present building is believed to date back to 1777 to 1779 when it was owned by Ralph Dodsworth, who was the Sheriff of York at that time. Following several changes of hands, No.56 Skeldergate saw a carriageway driven through it in 1925 and, sadly, several important rooms removed. The good news is, in the course of 1998 and 1999 the new owner removed the carriageway, brought back the rooms and turned them into a conference suite. Later, the suite became a set of bedrooms in a new refurbishment. Now there are six Deluxe rooms, three Executive suites and a lounge that overlooks the Skeldergate House garden.

This Grade II* listed building takes its name from Dame Anne Middleton, who was the wife of the Sheriff of York in 1659, Peter Middleton, and funded the hospital with an endowment. In 1829, the hospital was rebuilt and extended. By 1972 it was nearly derelict when the owners of 56 Skedlergate stepped in and purchased the building to incorporate into the hotel. Lady Anne House has two floors and 19 rooms, and the glass-roofed quiet lounge, which features original Roman masonry, links the hospital and the Organ Factory, our event space.

Cromwell House dates back to the legendary Industrial Revolution and has two floors that share 16 rooms between them. The house used to be a sawmill and local tradespeople would buy the timber that came in from northern Europe and Scotland and arrived at the banks of the nearby river.

We’ve rescued a lot of the timber to preserve Cromwell House’s original features and create an authentic architectural ambience. One of the walls at the far end of The Sawmill restaurant is actually part of an old city jail. The Sawmill is a key feature of the ground floor. 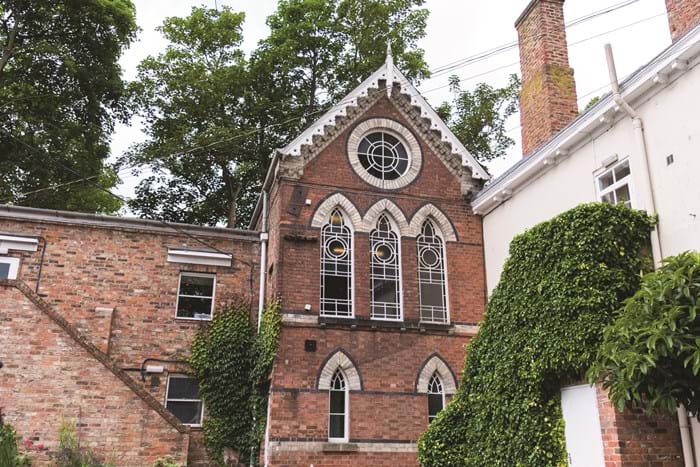 Chaplin House was the home of Hans Hess, a former director of York City Art Gallery and art expert. In the 17th century, it was a townhouse; today, it’s a Grade II listed building with a period staircase that has three floors and nine bedrooms at the top. The swept handrail, balusters and other elements of the staircase have made it the architectural highlight of Chaplin House. Incidentally, the late Charlie Chaplin himself was a guest here.

The Terry Memorial Homes were designed by the architect Walter G. Pentry in 1899.  The heraldic display and buttresses of these Grade II listed homes are of particular note. Public subscriptions to the memory of Sir Joseph Terry, the late industrialist and a former Mayor of York, fund the homes.

Book direct for the best rates

Why not book direct with us? Not only do we guarantee you the best rate, you will also get free parking for the length of your stay. Free parking is only available to guests booking direct and is subject to availability.